When medication and other treatments are unable to relieve symptoms, hysterectomy is often recommended to provide a more effective, definitive and long-term solution for excessive menstrual bleeding. If you are considering or your doctor has recommended a hysterectomy, you are not alone - one in three women in the U.S. will have a hysterectomy before turning 60.

Physicians perform hysterectomy – the surgical removal of the uterus – to treat a wide variety of uterine conditions. Each year in the U.S. alone, doctors perform approximately 600,000 hysterectomies, making it the second most common surgical procedure for women. 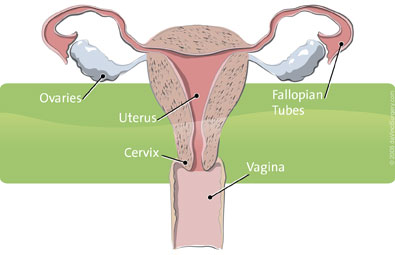 Surgeons perform the majority of hysterectomies using an “open” approach, which is through a large abdominal incision. An open approach to the hysterectomy procedure requires a 6-12 inch incision.

A second approach is vaginal hysterectomy, which involves the removal of the uterus through the vagina, without any external incision or subsequent scarring. Surgeons most often use this minimally invasive approach if the patient’s condition is benign, when the uterus is normal size and the condition is limited to the uterus.

In laparoscopic hysterectomies, the uterus is removed using instruments inserted through small tubes into the abdomen, resulting in 3-5 small incisions in the abdomen. One of these instruments is an endoscope – a small miniaturized camera – which allows the surgeon to see the target anatomy on a standard 2D video monitor. A laparoscopic approach offers surgeons better visualization of affected structures than either vaginal or abdominal hysterectomy.

You may encounter shorthand abbreviations describing different approaches to hysterectomy. Some of these are as follows:

While minimally invasive vaginal and laparoscopic hysterectomies offer important potential advantages to patients over open abdominal hysterectomy – including reduced risk for complications, a shorter hospitalization and faster recovery – there are inherent drawbacks. With vaginal hysterectomy, surgeons are challenged by a small working space and lack of view to the pelvic organs. Additional conditions can make the vaginal approach difficult, including when the patient has:

With laparoscopic hysterectomies, surgeons may be limited in their dexterity (since the instruments are straight and rigid) and by 2D visualization, both of which can potentially reduce the surgeon's precision and control when compared with traditional abdominal surgery.

One in three women in the U.S. will have a hysterectomy before she turns 60.1 While no woman wants to face surgery, today the vast majority of gynecologic conditions - from endometriosis to uterine fibroids, heavy menstrual bleeding to cancer - can now be treated effectively without a big incision. With da Vinci® Surgery, a hysterectomy requires only a few small incisions, so you can get back to life faster - within days rather than the usual weeks required with traditional surgery.

Surpassing the limits of conventional laparoscopic surgery, da Vinci is revolutionizing gynecologic surgery for women. No wonder more and more women are choosing da Vinci Surgery for their hysterectomy.

If you have been putting off surgery to resolve a gynecologic problem, it may be time to ask your doctor about da Vinci Surgery.

Learn why da Vinci Hysterectomy may be your best treatment option. While clinical studies support the effectiveness of the da Vinci® System when used in minimally invasive surgery, individual results may vary. Surgery with the da Vinci Surgical System may not be appropriate for every individual. Always ask your doctor about all treatment options, as well as their risks and benefits.